After reading this article, you’ll become rightly informed and be able to answer widely asked questions about the PMP exam pass rate.

We will go further and debunk myths about the PMP exam pass rate that’s been around for ages.

In a snapshot, we’ll take you through:

Without further ado, let’s get started.

What Is the PMP Exam Passing Score?

To be brutally honest, no one knows the PMP exam pass score except Project Management Institute (PMI).

The institute last disclosed the PMP passing score in 2005.

Since then, the PMP pass score has been a closely guarded secret.

Taking an excerpt from the PMP handbook, “The passing score for all PMI exams is determined by sound psychometric analysis. PMI uses subject matter experts–project professionals from around the world and many different disciplines–to help determine how many questions you must answer correctly to pass the exam. Each scored question on the exam is worth one point, and your final score is calculated by totaling the points you have earned on the exam.”

Since 2005, the PMP exam formatting has changed several times, with the latest update being January 2021,

Before January 2021, the PMP exam had 200 multiple-choice exam questions and took 4 hours to complete

Currently, the exam has 180 questions that take 3 hours 50 minutes.

Five of these questions are pretest and don’t go towards the final score.

The exam format has also changed.

It comprises fill-in-the-blanks, hotspot, matching, and multiple-choice with multiple answers.

So, it only makes sense that the passing score varies from one set of questions to another.

On top of that, the difficulty level of the exam varies for each candidate.

It follows that the passing score would also vary depending on the exam’s difficulty level.

A PMP exam with a simple set of questions will definitely have a higher passing score than a difficult exam.

While still on the pass mark, according to the PMP exam content outline, the PMP exam is scored under three categories: process, people, and business environment.

For each of the three domains, candidates are rated under these four targets:

Needs improvement: The candidate’s performance is way below the minimum requirement for the exam. As such, they need to prepare adequately before sitting for re-examination.

Below target: Here, the candidate is slightly below the target. They have not met the minimum requirement for the PMP exam, and hence, it’s recommended they retake the exam after additional preparation.

Target: This is the pass mark, and it signifies that a candidate has met the minimum requirement for the PMP exam.

Above target: The candidate has significantly scored above the minimum requirement.

The PMBOK guide was introduced in 2004, which called for the realignment of the PMP exam to be in sync with the third edition of the PMBOK guide.

The PMP certification exam pass rate was clear from the onset.

PMP candidates had to score 120 questions out of the 175 scorable questions.

Twenty-five of the 200 questions in the exam were pilot questions and were not added to the final score.

The Project Management Institute later changed the passing score to 81%.

To earn the PMP certification, one had to score 141 out of the 175 questions.

As expected, the change led to a staggering number of candidates failing the PMP exam on the first try.

And so, the institute quickly reverted to 61%.

In 2007, the PMI changed the grading criteria from percentages to proficiency levels.

In this grading system, each domain was assigned any of the three levels of proficiency rating, depending on a candidate’s performance.

Below proficient: Indicates that a candidate’s mastery of that particular chapter is below average.

Moderately proficient: This shows that a candidate has a moderate level of knowledge in that particular chapter.

Proficient: demonstrates that the candidate’s performance in that chapter is above the average level of knowledge.

As we’ve already highlighted, the grading system has changed again to four targets.

What Is the PMP Exam Passing Rate?

Nobody knows the PMP passing rate, as the institute doesn’t share those details with the public.

The institute doesn’t release information about the number of candidates that pass the exam in the first attempt or subsequent retakes.

It also doesn’t share details of the number of questions obtained from each of the PMBOK areas of knowledge or whether the exam questions are randomly selected, or picked, depending on a candidate’s responses.

And lastly, it’s only the PMI employees that know the criteria used to arrive at the passing score.

What we know is that the exam questions are derived from the PMBOK guide and the PMP code of ethics.

PMP aspirants are always eager to know the passing rate and score of the PMP exam but in vain.

PMI has tucked this information neatly into its database.

Once candidates meet the eligibility criteria, theirs is to set the exam, assess the exam, and issue certification.

While this may seem unfair to exam takers, there are several reasons why PMI has taken this approach.

The PMP exam is difficult and requires exam takers to prepare for the exam thoroughly.

Thus, making the PMP exam pass rate and pass score public is akin to telling PMP aspirants to take a back seat once practice exams put them within the pass rate bracket.

Countries that don’t speak English may find it challenging to grasp the content of the exam question, interpret and answer accordingly.

There are views that the PMP exam pass rate in non-English speaking countries could be incredibly low.

And lastly, PMP is a highly regarded certification.

For the institute to maintain its reputation and credibility, it’s only fair that the test result details remain confidential.

Having said that, what can a PMP aspirant do to pass the exam despite not knowing the exam pass rate or the passing score?

It turns out there are many ways to calm the anxiety and prepare for the PMP examination.

In fact, with adequate preparation, the information about the PMP exam pass rate or pass score is irrelevant as whatever the standard a candidate will hit it.

Tips to Ace the PMP Exam the First Time

Let’s now review some tips to help test-takers ace the PMP exam on the first attempt.

Tip 1: Know PMBOK Guide in and out

PMP test takers must understand and read through the PMBOK guide.

Why is it important?

The PMP exam is based on the PMBOK guide.

And so, there’s no way out except understanding the guide.

PMP candidates should make sure they can identify the knowledge areas covered in the guide.

One of the eligibility requirements of the PMP exam is 35 contact hours of project management education.

That’s why enrolling in a PMP training program is mandatory to earn those hours.

And so, when searching for an education provider, it’s crucial to find out if the provider is certified by PMI.

PMI training partners provide PMP training courses that are in line with the latest edition of the PMBOK guide.

Additionally, settle for a prep course where you can interact with the trainer and ask questions whenever need be.

As a matter of fact, it is advisable to read the chapters in the PMBOK guide and refer to the preparation book.

The books make it easier to understand the content of the guide as they are written in plain English that’s easy to understand.

The best way to go about practice questions is to do several after each chapter.

This makes recall easier when going through the same content again.

Thus, doing the simulation exam helps one better prepare for the actual exam.

In fact, simulation exams can tell a candidate whether they are ready for the exam or not.

PMP certificate holders assert that if one scores between 75% and 80% continuously in each domain and overall in the simulation exams, it’s a strong indicator that they are ready for the PMP exam.

Candidates can also use exam simulators to refresh their memory on formulas and concepts they may forget.

Just like in a real exam, one can write down the formulas they are afraid they’ll forget and use them during the simulation exam.

The same should apply on the actual exam day since there are high chances of forgetting even the simplest formulas because of the exhaustion of a 4-hour exam.

Lastly, the PMI website has all the information concerning the PMP exam.

Hence, it’s advisable to go through the FAQs about the PMP exam.

Additionally, one can get helpful information about the exam content outline and the PMP handbook.

Given that the PMI doesn’t publicize the PMP exam pass rate, self-proclaimed PMP experts have come up with several myths that many have adopted as the gospel truth about the PMP exam.

But because we are committed to helping project management professionals aspiring to get the PMP credentials to have the right information, here are the facts about five PMP exam pass rate myths.

PMI has a fixed pass score for all candidates

According to PMI, the PMP exam is determined by psychometric analysis.

As such, there is no fixed passing percentage.

The passing score varies depending on the exam’s levels of difficulty and the overall performance of students globally.

Since then, it has been more than a decade, and PMI has never officially released a new passing score.

The institute has updated the exam structure and scoring system severally but has never given an update on the passing score.

The PMBOK Guide is the basis for the PMP exam.

However, the institute also sources exam questions from other reference materials.

The institute provides a list of reference materials that candidates should use when preparing for the exam.

More than that, the PMP exam content outline is an excellent guide when it comes to the areas to focus on.

Furthermore, candidates should be prepared to answer questions on agile and hybrid approaches to project management as they make up 50% of the exam questions.

The myth is that scoring “below target” in any of the three domains is an automatic fail.

And so, getting “below target” or “needs improvement” in one domain doesn’t necessarily translate to overall failure.

However, scoring “needs improvement” in all the domains may probably lead to failing the exam.

All the questions in the PMP exam weigh the same.

Every question weighs one point, whether it’s challenging or easy.

The institute uses subject matter experts to grade candidates, depending on how difficult the exam questions were.

When all is said and done, it’s up to PMP aspirants to cut through the noise and get the facts about the PMP exam.

The PMP exam pass rate may be important, but to be honest, it doesn’t add much value in passing the exam.

PMP exam takers should use the study materials available and prepare for the exams through training programs, practice exams, and simulations exams.

If they spend hours sharpening their axes then cutting the tree, i.e., the PMP exam, it will be a lot more bearable.

How difficult is the PMP exam?

A word from the PMP certificate holders has it that the PMP exam is tough.
Thus, candidates must prepare thoroughly to have any chance of passing the exam on the first attempt.

How many people pass the PMP exam on the first try?

There are no official statistics from PMI on the PMP exam pass rate on the first try.
However, some websites claim that the pass rate is between 50%-60%.

How many questions are on the PMP exam?

The PMP exam has 180 questions, which candidates are supposed to answer in 230 minutes.

What is the failure rate of the PMP exam?

Just like the passing rate, there are no statistics on the failure rate.
But the estimated failure rate is 50%-40%. 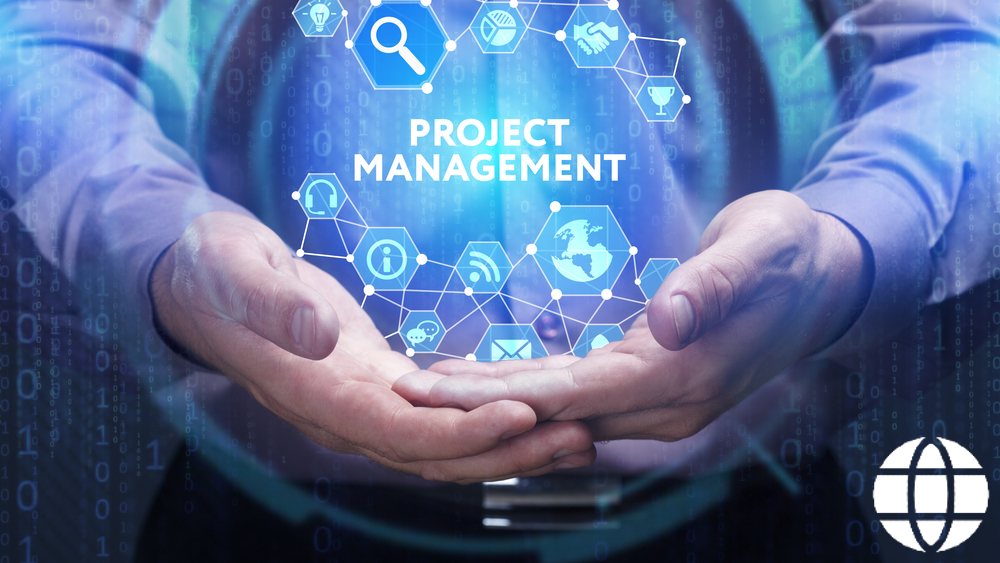 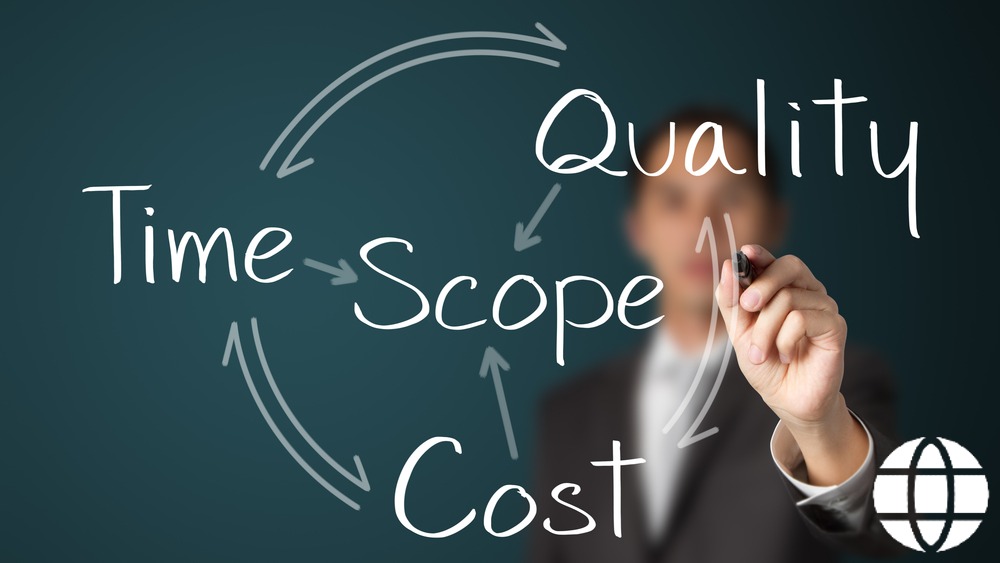