In this section, we will look at those that are most important.

1.3.1 How the Federal Reserve Board influences the stability of the market and business activity

Earlier, we saw just how the Federal Reserve can use tools to understand what the economy is doing.

It then has financial tools at its disposal to ensure that the economy stays stable and in good health.

These tools and techniques also create jobs, keep interest rates level and help ensure inflation remains low – all of which help the economy.

Actions taken by the Federal Reserve to either maintain or improve the economy are known as monetary policy.

This is evaluated and controlled through the Federal Open Market Committee (FOMC).

They meet on eight occasions each year to assess the current conditions of the economy and decide on any policy changes should they warrant it.

For the most part, the change that happens most often sees the federal funds rate either decrease or increase.

This will change interest rates which then affect loans and credit card repayments and mortgages, for example.

This pertains to tax rates and policies as set by Congress and the U.S. President.

For example, this could include something like tax rebates on retirement policies.

Fiscal policy can also have a significant effect on the economy.

The impact of open market activities on the economy

The Federal Reserve has other ways to stimulate the economy other than those we’ve covered above.

For example, if it chooses to make more lendable money available to banks, interest rates will drop and that sees consumers spend more which in turn means a more active economy.

If they want to curb spending and slow the economy down, the Federal Reserve makes less lendable money available to banks.

Interest rates will drop along with inflation as consumer spending decreases.

Let’s look at the different types of rates the Federal Reserve has at its disposal:

When it comes to business economic factors, we start by looking at different financial statements.

Financial statements and their purpose

In this section, we look at four specific financial statements and the impact they have on business economics.

To get a snapshot of a company’s shareholder equity, assets, or liabilities at a certain point, you must look at the balance sheet from that time.

Using a balance sheet can give investors an idea of just how healthy the finances of a company are.

Income statements provide details into a company’s finances – specifically their revenue and expenses – over an extended period.

Usually, companies keep income statements for each quarter as well as an overall view of a fiscal year.

To determine the net income of the company, simply subtract its expenses from its total revenue.

To know more about the cash moving into a company (cash inflow) and that going out (cash outflow) you would look at the cash flow statement.

This covers a period and will show the changes in the equity accounts of a company.

It can include purchasing treasury stock (when shares are bought back from investors) or common shares being issued.

The cycle of business

The economy of the United States, or any country in the world, is never static.

It ebbs and flows as is to be expected.

But there is certainly a cycle of how the economy changes and this can be tracked back over a century.

Studying this cycle allows securities analysts to forecast what the economy is likely to do in the future.

And they are usually pretty accurate.

With that knowledge, it’s easier to make an informed decision as to which stocks should be bought and which should be sold.

Let’s look at the five stages of the cycle of business and what they mean.

If an item is not readily available and is in demand, the price for it will rise and vice versa.

And this can be applied to all products.

Let’s look at three of the main indicators that are used by analysts.

GDP refers to the annual economic output of a country and relates to all goods and services it produces.

GDP measures all economic activity within a nation’s border, even if it is generated by a foreign company.

Released each quarter in the United States by the Commerce Department, the economy is growing if the GDP is positive and contracting if it is a negative figure.

Price changes in the economy are measured through the CPI.

It tracks a large range of consumer prices, showing their rate of increase or decrease.

These include house, food, medical care, clothing, services, and transportation amongst others.

The CPI is also sometimes called the constant dollar measurement.

That’s because analysts make use of it to explain changes in the cost of services and goods to help adjust inflation when weighing up the GDP from one period to another.

While similar to GDP, GNP is based on citizen and organizational activity not only within the country but wherever it may happen, like a foreign country, for example.

Three other important economic indicators include:

These are valuable in that they will help to forecast where an economy is heading in the short term.

That’s because leading economic indicators will change before the economy does and can help to predict what the next phase of the business cycle might be.

This indicator is critical as it shows how the economy is performing right now.

Examples of these indicators include GDP, retail, manufacturing and trade sales, personal income, levels of employment, and industrial production.

These factors will only change once the economy takes a new direction or trend.

They help to serve as a verification that it has.

Consequences on equity and bond markets

Let’s look at the effects of various business types on the bond and equity markets.

When it comes to cyclical effects, it helps to think of businesses where the economy will play a massive part in their success.

This makes them very sensitive to changes in inflation and business cycles.

These include the travel and leisure industries but also others, such as the auto and steel industries.

When the economy is on a good footing, people generally have more disposable cash to spend on these activities or services.

The opposite is true when the economy is struggling and they need their money to cover basic needs.

Defensive describes businesses that produce products or services that we need or use daily.

They aren’t impacted as much based on the current state of the economy or business cycles.

These are the perfect industries for those who want to invest with less risk.

But that means lower investment returns as well.

Growth those industries that generally will grow at a higher rate than the economy.

This includes the technology industry as well as health care due to the demand for their products and services.

A great example of this is the growth of the mobile phone market, particularly smartphones from 2008 onwards despite a massive downturn in the economy during that period.

As the economy improves, these stocks tend to go the other way.

For example, gold stocks are a perfect example.

When the economy is slow, they remain a stable stock to purchase.

When the economy improves, investors tend to go for options with better return potential.

Of course, they are far riskier than countercyclical stock.

Let’s look at some of the main hypotheses that suggest just how the government should see the economy as well as how they can impact it.

These are two main hypotheses:

This demand-sided hypothesis states that governments can stop or repair a recession in two ways.

They can adjust taxes as well as increase their expenditure.

For example, by raising taxes, money is taken out of the private sector which then lowers demand and reduces spending.

Increasing government spending stimulates the economy by injecting money into it.

The brainchild of economist John Maynard Keyes, the Keneysian theory involves much government intervention to help control the economic health of a country.

Here, the impact of government is minimal.

The idea is that allowing the market to work itself out naturally and controlling the money supply will help reduce inflation and promotes a healthy economy.

In other words, forces at play within the market will help goods pricing.

Sellers can then price goods to meet market demand while maintaining a profit.

Also, those who promote this hypothesis suggest that it helps create a business environment that is healthy through the lowering of taxes on businesses.

Businesses will grow, the demand for labor will increase and there is more capital for consumers to spend.

In this section, we will list the factors that aren’t internal but come from international economics.

This describes net transactions that are carried through between one country and another.

It includes transactions not only between governments but companies and individuals too.

This balance of payments is useful in many ways.

For example, let’s say the United States purchases goods and services from China worth $100 billion over a year.

And that’s purchased from government, companies, and individuals.

Now over that same year, China purchases $50 billion worth of goods and services.

As we learned earlier, the annual economic output of a country in terms of goods and services it produces is known as the gross domestic product.

It helps determine if an economy is growing or contracting.

GNP encompasses citizen and organizational activity, wherever it may happen, including if they live in foreign countries.

When one currency is changed for another, it’s done so using the current exchange rate between the two.

So if you went to the United Kingdom and wanted to buy something for £100, that’s the equivalent of $134.

This will vary depending on the time of the exchange as well as the spot exchange rates. 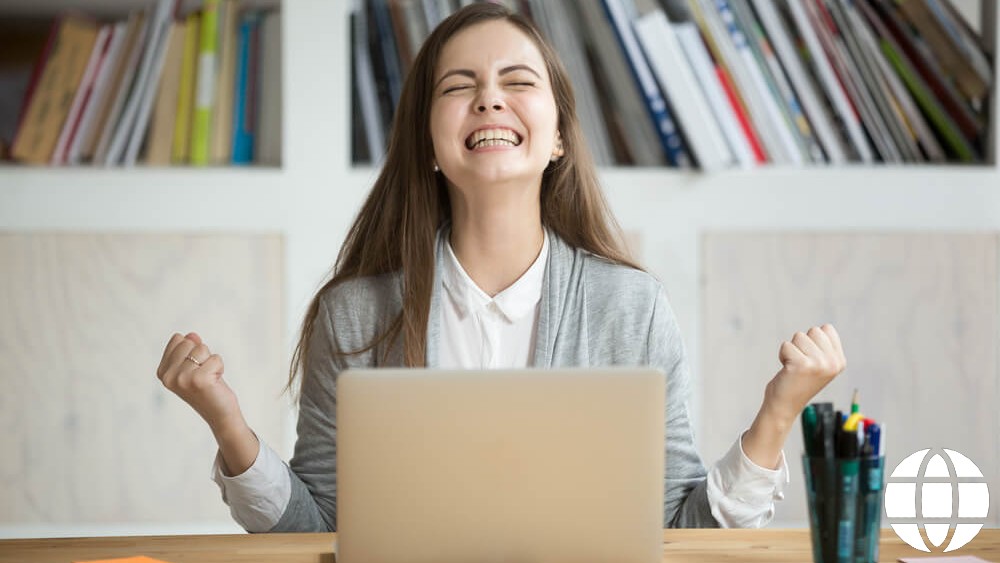 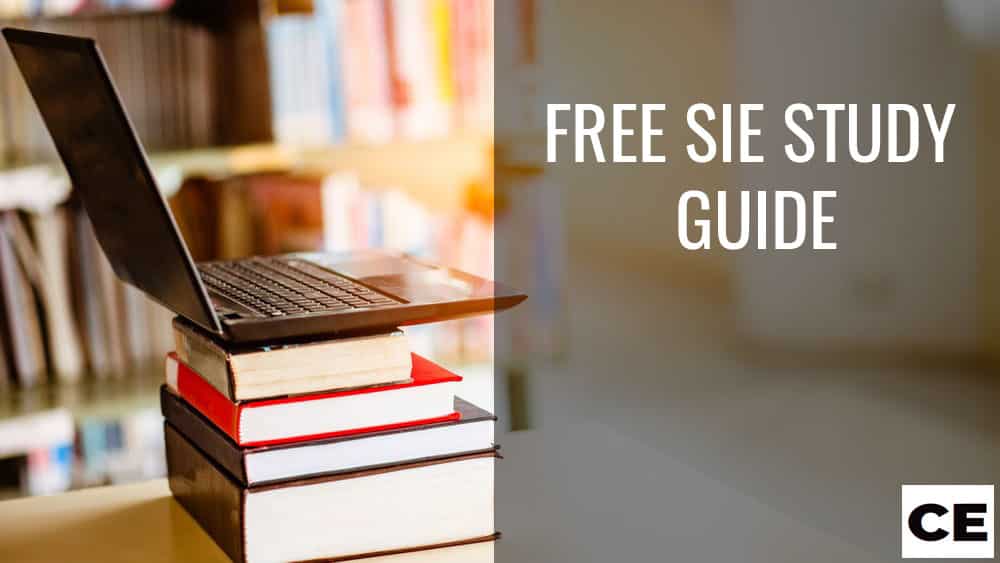