What is Corporate America?

What is corporate America? The most accurate answer to that is probably that it means different things to different people. Over the years, the phrase ‘corporate America’ has been evoked as a derogatory term to describe large businesses within the United States.  That phrasing generally stems from an overall consensus that corporations are inherently greedy. An assertion that they’re looking to maximize profits at the expense of the environment, their employees, and broader benefits to society. Yet, that doesn’t even begin to tell the entire story.

This article will deep dive into what corporate America really is, why the designation has stuck, and what some companies are doing to distance themselves from the term.  In addition, we’re going to look at why some businesses do look to maximize profits above all else.

However, I will not make a judgment call or cast an opinion on whether corporate America is inherently good or evil.  That is not my call to make.  Our diverse group of readers will have experienced many different interactions and dealings with corporate America.  Some may have been fantastic, while others were very probably less than stellar.  At the end of the day, corporate America has entrenched itself in our world and how we function as a society.

In theory, a corporation is simply a group of people or a company that provides services or goods to individuals or other businesses and corporations. They generally get divided into for-profit or not-for-profit.  The former indicates that a corporation looks to have an excess of revenue after costs get paid out. These costs include, but are not limited to, wages, benefits, inventory, leases, and other property-related obligations.

The latter, not-for-profit corporations, typically look to further or advance a particular cause or foundation.  These causes and foundations can vary, from religious to scientific, or even promoting environmental awareness. Corporations are typically owned and controlled by their members.  In larger corporations, a board of directors will appoint a Chief Executive Officer (CEO) to oversee the company’s vision and management.  For-profit corporations are, by nature, interested in maximizing shareholder value.

What is Corporate America? A Brief History

In the 15th century, mercantilism’s rise began to take root and was the dominant economic and national thought.  Mercantilism looked to increase a country’s exports and reduce imports.  In doing so, a government would be able to minimize account deficits or improve its overall account surplus.

The theory of mercantilism urged national constraint and self-reliance.  At its core, mercantilism was a zero-sum game, made up of winners and losers on a global scale.  An increase in deficit by one country meant a decrease in another’s.  As evidenced by a statement in Discourse of the Common Weal of this Realm of England:

“We must always take heed that we buy no more from strangers than we sell them, for so we impoverish ourselves and enrich them.”

The mercantilist theory began to give way to the theory of free trade and a laissez-faire policy from the government.  This policy follows that the government will not discriminate or interfere with imports or exports from its country.

“A collection of many individuals united into one body, under a special denomination, having perpetual succession under an artificial form, and vested, by policy of the law, with the capacity of acting, in several respects, as an individual, particularly of taking and granting property, of contracting obligations, and of suing and being sued, of enjoying privileges and immunities in common, and of exercising a variety of political rights, more or less extensive, according to the design of its institution, or the powers conferred upon it, either at the time of its creation, or at any subsequent period of its existence.”

The theory of free trade and laissez-faire policies eventually gave way to free-market theory.  A free-market system is one in which the prices of goods and services are self-regulated.  Essentially, the market and the consumer, entity, company, or corporation purchasing the goods or services will determine a price based on their willingness to buy.  If goods or services are priced too high, no consumer will buy them.  When they’re priced too low, they will sell out quickly, leaving no profit.

Free market systems have evolved into specific forms of capitalism, the dominant economic theory in the United States.  Capitalism is an economic system that is “based on private ownership of the means of production and their operation for profit.” In essence, capitalism allows for private property and the accumulation of capital.  This accumulation of wealth is the implicit purpose for all or most production.  Accumulation of capital can be achieved in various ways, including trading time or labor for wages or utilizing private capital for further production, which can be sold on the open market. Besides, within a capitalist system, individuals can invest their worth to make a profit.  This profit motive is most likely to be found in for-profit corporations that look to increase shareholder value.

The above laid down the groundwork for modern-day American capitalism and corporate motive.  In essence, the corporate motive has become the maximization of corporate wealth and profit for shareholders through legal means.  Though illegal means are sometimes employed and somewhat prevalent in specific industries, large multi-national corporations typically err on the side of caution and legality in order to avoid regulatory suspicion and inquiry.

Corporate America in, its purest definition, is simply a collection of corporations that echo a capitalistic ethos of profit above all else.  This ethos is intrinsically tied to American capitalism, where it has been fostered and grown at an alarming rate. Though corporate America is not inherently wrong or evil, disdain stems from a popular belief that short-term profit motives disincentivize future conservation and growth.  That is, in looking to maximize shareholder profit and capital, corporate America uses measures that are inherently unethical, often without punishment.

What is Corporate America? The Arguments for and Against

When outsiders think of corporate America, they likely picture affluent, well-heeled businessmen enjoying expensive food in some swanky restaurant while meeting for an extravagant business lunch – all on the expense account, of course. Yet the reality of corporate life is far more complex, way less glamourous in the main, and made up of significant layers and levels that almost any lowly employee can ascend. The fact is, if you’re thinking about getting a corporate job, you could do a whole lot worse.

Corporate America, naysayers will argue, prizes short-term gains above the welfare of employees and the society in which they must reside.  It pushes for greater employee productivity while looking to reduce compensation and benefits packages.  It lays-off and fires full-time employees and outsources work to lower-cost countries.  It is a system in which a Chief Executive can get paid 278 times more than an individual employee and in which 30% of employees working full-time will still require welfare and governmental assistance. It’s not so much that people have a problem with companies making a profit; it’s more that the profit motive has become the single motive for many organizations and that capitalism has become incompatible with a fair society.

On the flip side, proponents of corporate America will argue that wealth accumulation is a strong incentive.  A more profitable corporation lifts all employees and generally benefits everyone working there.  They argue that the free market forces individuals to utilize their own abilities and skills to advance in their careers. Similarly, corporate America can be a rewarding system when used correctly – it’s a case of how you play the game.  A smart, hard-working, dedicated individual can climb the career ladder and advance their prospects.  They can reach the upper rungs of a company and accumulate wealth for themselves, working their way up on their own merits to reach a company’s upper echelons.  In reality, corporate America has been responsible for improving the lives of maybe just as many people who’ve experienced adverse effects. It can be the difference between being forced to hold down a job or career prosperity over many decades. Not only that, but within a capitalistic environment, they can take those skills and create a company for themselves.

Context is important. When someone speaks of corporate America, you have to ask yourself whether they’re talking about their role within a department or referring to a collection of large, multi-national organizations?  Corporate America is simply a catch-all phrase that gets used to speak both about the intricacies of interdepartmental wants, as well as the habits and actions of corporations. In truth, most companies and large are not evil, though wrong and bad behavior does occur, mostly it isn’t a managing tenet of the organization.  As such, corporate America’s negative image is prompting many corporations to take strides toward promoting better behavior.

Companies have begun to pull back on CEO compensation and pay structure.  They’ve also started offering tuition reimbursement programs for employees saddled with student loan debt. They’re taking a more active and aggressive stance on environmental and LGBTQ issues and rights, for instance. Large corporations are becoming more aware of the needs and problems within societies.  As younger employees begin to enter the workforce, they are looking to join companies that are profitable and caring, demonstrating that by pushing for better corporate citizenry.

Conclusion: What is Corporate America?

Corporate America means what you want it to mean. The issues are complex and multiple, and they impact nearly every life on the planet. The answer is a diverse concoction of differing viewpoints, priorities, wants, and needs.

Yet, aside from all that, corporations are comprised of people and individuals.  It’s kind of up to you how you shape modern corporate culture, and your conscience will guide you. Though corporate America has become synonymous with large, evil corporations that pursue profit above all else, the tides are beginning to shift.  Corporations are looking to become better global and domestic citizens and thinking about the long-term consequences of short-term profits.  There are some ways to go regarding that, but at least we’re now beginning to make some headway.

Tips to be a Good Employee

Top Hiring Mistakes (and How to Avoid Them)

15 Questions to Ask at a Company Townhall

What is a Corporate Umbrella? 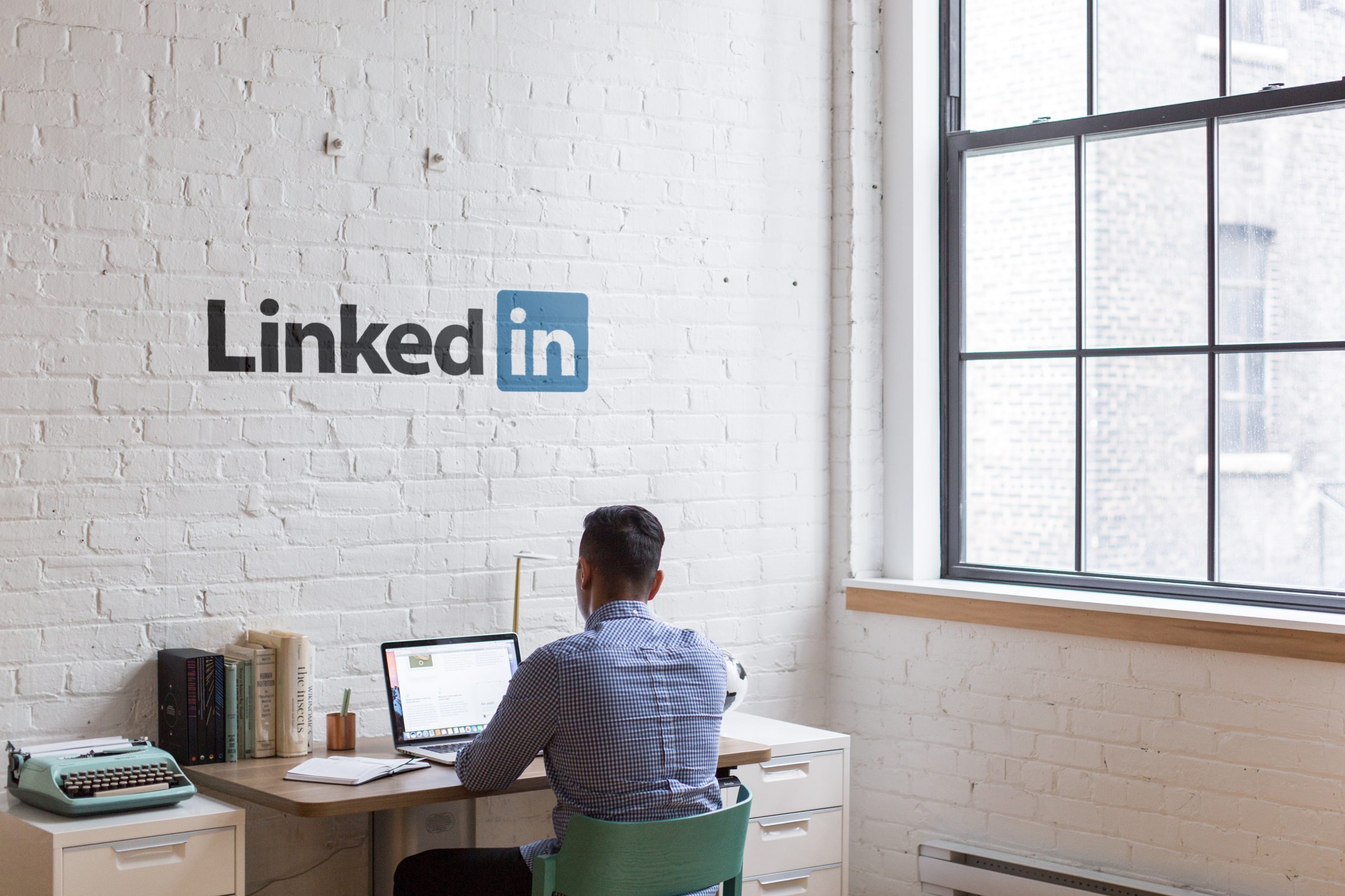 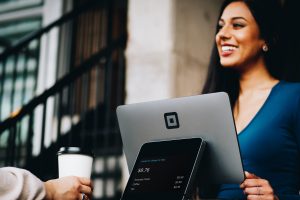