What Is An Interviewee?

Compared to the above two, an interviewee is someone who is being interviewed.  Whereas the employer, whether through a recruiter or a hiring manager, is the interviewer, both the applicant and a candidate can be described as an interviewee.

The term interviewee should only be used for an applicant who is coming in for an interview.  With no interview to come to, or at the completion of an interview, they would remain either an applicant or a candidate.  This distinction is important as to identify which individual you may be speaking of.

This candidate has one goal and that is total compensation.  They want to get paid the most and are willing to leave a current role for one that will pay more.  While compensation is an important aspect of any role, the monied individual makes it their only concern.

It’s always good to have an interviewee who is willing to talk and discuss their qualifications.  However, some individuals simply talk too much.  This much talking can hurt their chances as they may accidentally state something they otherwise should not have.

These are interviewees who believe they have mastered the interview process.  They memorize their answers and provide scripted, rehearsed lines.  They appear robotic and don’t offer too much personality.

This interviewee compensates their lack of experience with exaggerated claims.  They do so in an attempt to impress the interviewer but come off looking worse and less experienced.

The Looking for Any Job Individual

The vague responder may be unsure of themselves or their qualification.  It’s honestly difficult to be sure.  But they don’t want you to know, so they offer vague, one-off replies and sentences.  They hope you don’t ask too many in-depth and pointed questions as that may pierce their vagueness and reveal what they really do and don’t know.

This interviewee can’t take anything seriously.  Every comment is followed up with a joke and they don’t know when to be serious and when to appropriately joke around.  Although they are humorous to be around, their presence in the office can be disruptive.

This interviewee wants the position badly.  Almost too badly.  They’re extremely nervous for the interview and it shows.  They have a nervous laugh and nervous mannerisms about them.  They try to hide it, but it only makes it worse.  It’s best for the interviewer to help calm their nerves and let them know its ok to be nervous, but to try and compose themselves as the interview moves along.

This interviewee believes they can land the position if they charm the interviewer enough.  The compliment everything the interviewer does and says and is always trying to be liked by them.

The right fit interviewee is the candidate you’ve been waiting for.  They’re calm, cool, and collected.  They answer your questions directly and have some of their own.  They understand the industry and can speak to its recent changes.  They’re prepared with additional resumes, cover letters, and references if needed.  They are dressed professionally and compliment sparingly.  This is the perfect candidate. 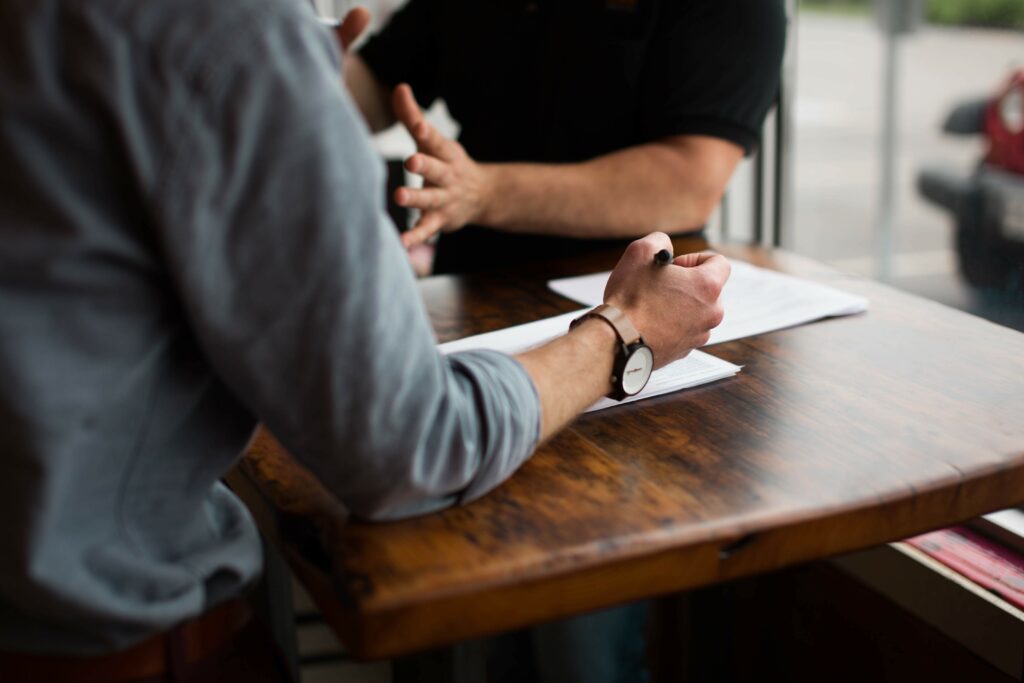